Photos from a day trip over to see Cardiff when staying in Bristol. We had a look around at the shops and visited Cardiff Castle. Some information about Cardiff Castle to follow...

2000 YEARS OF HISTORY IN THE HEART OF THE CITY
Cardiff Castle is one of Wales’ leading heritage attractions and a site of international significance. Located at the heart of the capital, within beautiful parklands, the Castle has nearly 2,000 years of history just waiting to be explored. It all started in the 1st century AD by the Romans who built the first in a series of forts. In the 11th century, the Normans constructed the Keep that still dominates the Castle Green to this day. The medieval Lords of Glamorgan began work on the House during the 15th century.
Source: Cardiff Castle website

More about the history of Cardiff...
Cardiff, Welsh Caerdydd, city and capital of Wales. Cardiff exists as both a city and a county within the Welsh unitary authority system of local government. It is located within the historic county of Glamorgan (Morgannwg) on the Bristol Channel at the mouth of the River Taff, about 150 miles (240 km) west of London. The origins of its name are a point of debate but are widely believed to have come from an English corruption of the original Welsh title Caer-Taff (Fort on the Taff).
Source: Cardiff Castle website 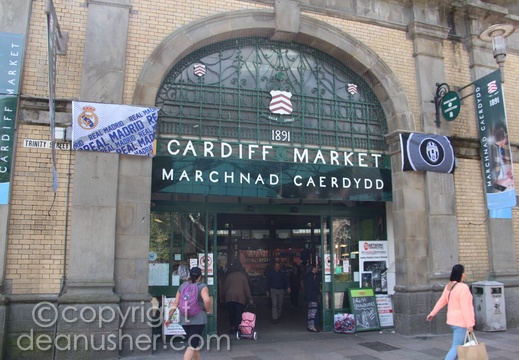 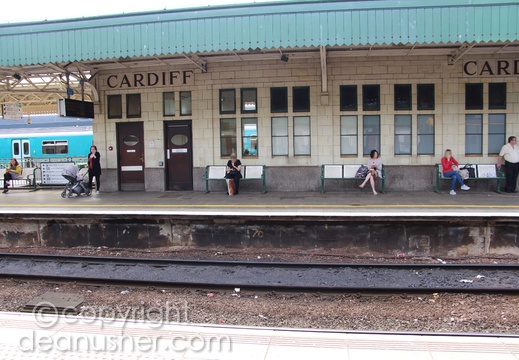 Looking across the tracks at Cardiff Train Station in Wales 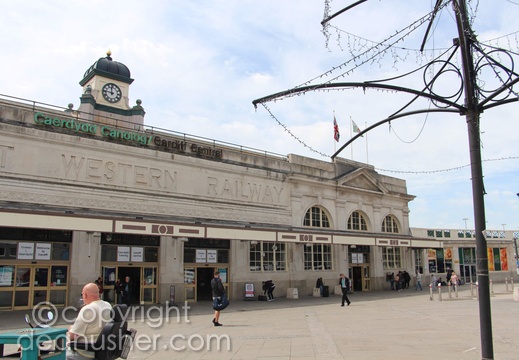 Outside Cardiff Train Station in Wales 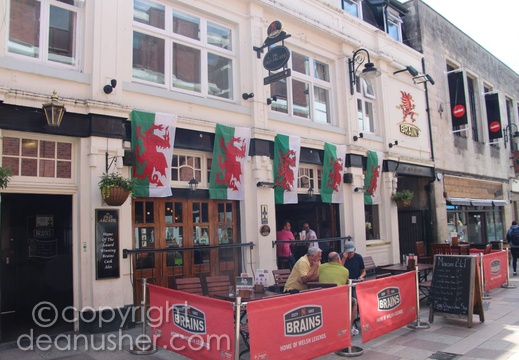 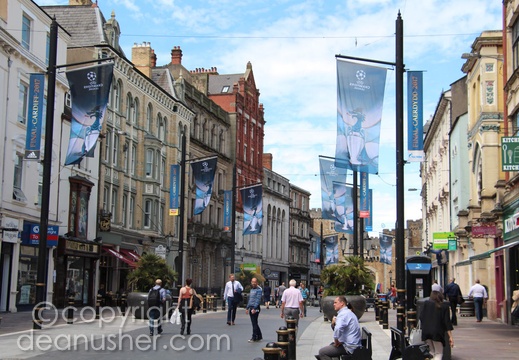 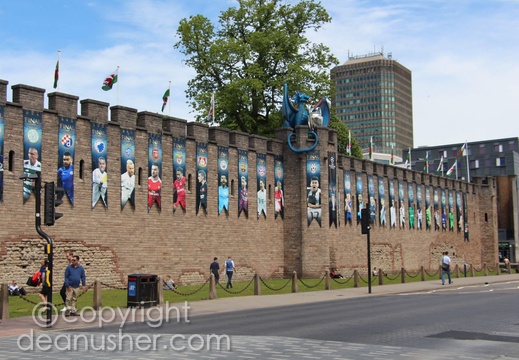 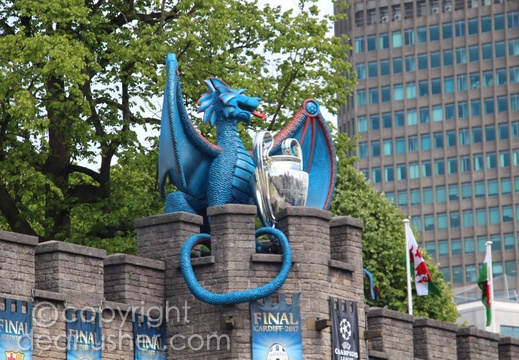 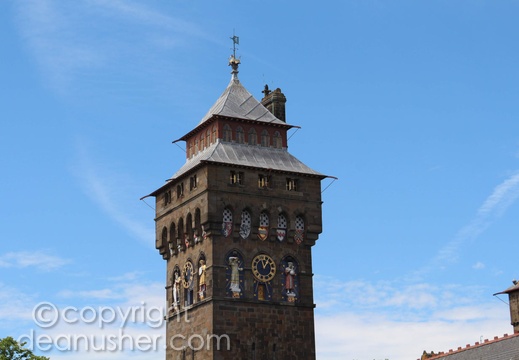 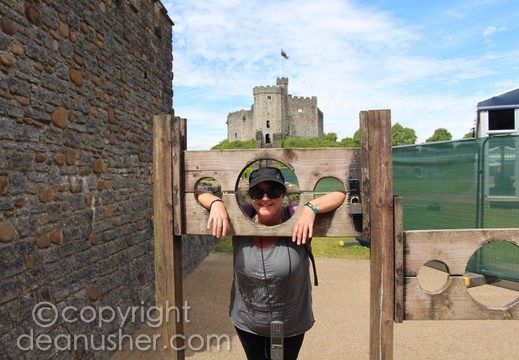 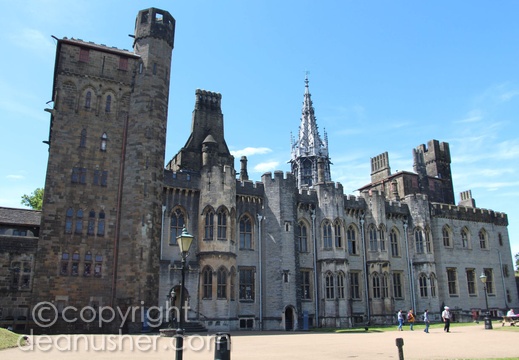 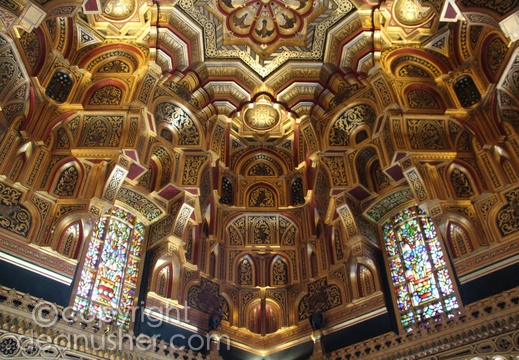 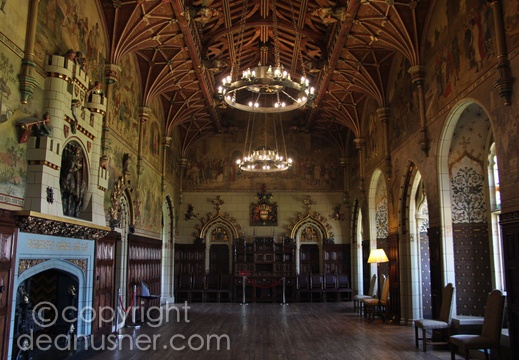 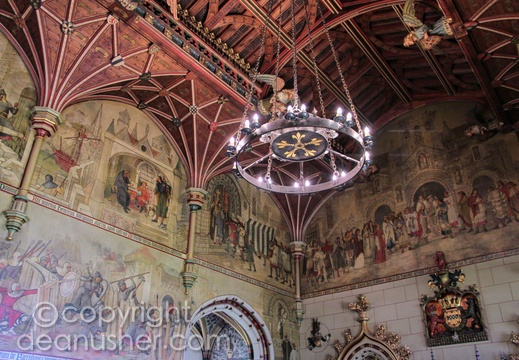 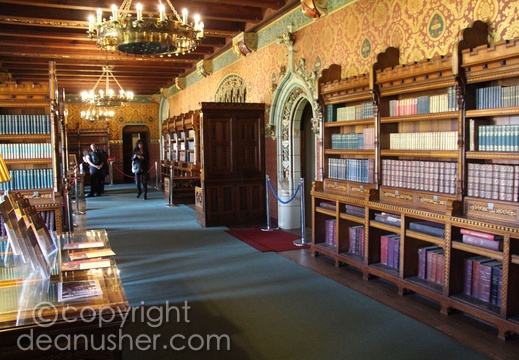